April 1, 2020 - In order to prevent cattle egrets from nesting in the City of Allen, predatory bird noise-making devices will be used at Stacy Ridge Park.

The noise-making devices may be used while the threat of cattle egrets nesting is high.

If cattle egrets are sighted in Allen, the prevention efforts will then switch to the use of “percussive” devices that produce a loud bang. These devices sound similar to fireworks or gunfire and residents should not be alarmed. This measure must begin immediately upon a cattle egret sighting and may not provide an opportunity for advance notification to the surrounding neighborhoods, though communication efforts will be made to keep the public informed.

The devastation caused by large nesting sites such as the ones we have experienced in Allen can be tremendous. In 2013-2014, hundreds of homeowners and families were affected, two of our most beautiful parks sustained substantial environmental damage, and thousands of dollars in clean-up costs were incurred. You can learn more about the previous nesting sites by reading the brief history of Cattle Egrets in Allen.

It is important to remember that once a single egg is found in a single nest, these sites become protected under federal law and everyone, City staff and residents, is prohibited from interfering or harassing the birds. The best way to avoid the residential and environmental impact that can occur is to prevent the birds from establishing their nests at all.

Predicting where migratory birds will ultimately choose to nest is nearly impossible. However, since these birds typically attempt to return to the same site as the previous year, that is where Parks and Recreation staff will focus their surveillance and preventative efforts first. In addition, staff has completed a review of the entire park system in Allen and identified other areas of possible concern. Those areas will also be closely monitored with available staff.

What Can You Do?

There are several measures that area residents and businesses can take to help prevent the establishment of nesting sites in our area. 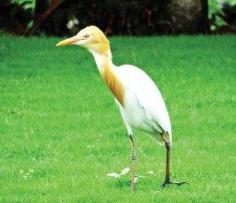 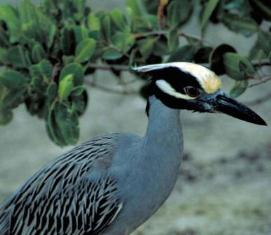 Migratory birds such as egrets and herons are commonly seen in Texas as they journey annually between the United States and Canada. As important as these waterbirds are to habitats that can support them, they may also bring devastating challenges such as noise, odor and other significant environmental impacts.

City staff cannot address any of these concerns while the birds are nesting due to their protected status under the Migratory Bird Treaty Act of 1918. According to the Texas Parks and Wildlife, the best way to prevent the establishment of a nesting site is through early detection and public awareness. If detected early, before any nesting activity has begun, these birds can be deterred from establishing themselves in a park with various scaring methods recommended by the U.S. Fish and Wildlife Service.